My 4th of July

My blog tends to go off in different directions - business but my travels as well.  I would like to think that my travels influence my work in some way or another.

One of the high lights of the trip was the Frankfort Parade - it was great! A true small town parade! 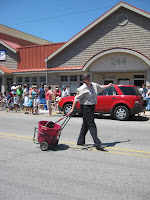 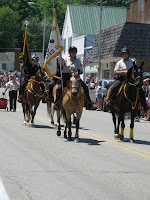 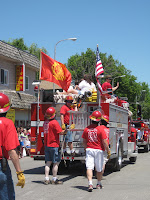 The state police on horse back, followed by one of the most important people, the lucky officer who gets to clean up the horse poop!  She deserves major pats on the back!

Several fire companies were in attendance and the one who got the most attention was this one. They would stop the truck and 2-3 men held up the ladder while another firefighter climbed up one side and down the other.

And the thing that was most touching to me 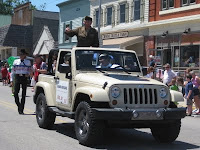 was to see the VFW members and the grand
marshal of the parade, another VFW member...

It was pretty cool to spend the 4th in Small Town, USA.
Posted by Fire Dance Beads & Jewelry at Saturday, July 09, 2011